skip to main | skip to sidebar

a.
it in.
singer ist.
clings to firm.
of tendons and worms.

attack gourds.
atrophy wife.
lack tate.
and off.
of in.
at
a;

Posted by mike di tomasso at 02:38 No comments:

marilyn monroe is being strangled again. we all really wish this wouldn’t happen. she sits naked on a chair constructed with steel wire paper-clips. wrapped around her rounded pink body is a morgue-shroud, which is as white as a corpse’s eyes. she clutches it to her president-kissed (bullet shot) breasts with fingers stained by nicotine and poorly applied nail varnish, as if that would save her. numbed by prescription drugs, she looks on in a distant shock as an arm comes from the corner of a hole. a hole in a wall that is spread smooth, white and silver like razorblades in cocaine. a voice in her head calls “escape escape escape”, but she can’t feel her gums and her make-up is flaking. maybe tomorrow this will go better, but today it’s her time to die. she has another appointment at 6-30 tomorrow to die again. and again the next day. probably just as well.
Posted by mike di tomasso at 12:36 No comments:

the wolf is at the


we should see the gates open now. they’ve been hinting for a while that they will, the others say they won’t. i  can’t see any reason why not. the weather has been good, and my diet has been healthy. all training exercises have indicated success (albeit with possible leakages). the signs are good. the towers have fallen, the men in suits have decapitated the roosters, the man with the silver mouth has reached the top shelf and the tongue is in orbit (all taste buds independent). we should see the locks falling soon and the contents discharging.no question about it. it’s going to happen.
Posted by mike di tomasso at 12:33 1 comment:

i am not necessarily evil. it’s not natural.i helped a squirrel today. it was hobbling around with one paw missing, so i thought i should help it by making a squirrel paw prosthesis. first, though, i had to catch him. i tried to tempt him with chocolate, then nuts, then nutty chocolate and finally chocolaty nuts. eventually i lured him into the house with the promise of vintage david bowie records, which he seemed to like the idea of. while there he insisted, over a cup of bovril and some woodbines , on talking at length (well for him) about the inherent racism of beatrix potter and the price of stamps in relation to mail art (which is big amongst squirrels, which is why they need so many walnuts). i offered to help him with is lack of paw and he said that if i could give him a wire coat-hanger, he would fashion a hook for himself. i did so, and said goodbye. i watched him scamper off.

i've had a poem published here
Posted by mike di tomasso at 11:00 No comments:

rope territory as a.
lavatory epigram
add a.
texture imperative.
Posted by mike di tomasso at 15:11 No comments:

of at a.
hair under the undone.
swim in.

zinc tincture.
bull ship.
or of.

at attached to thy.
hex iridescent unction.
of indirect in.

Posted by mike di tomasso at 09:07 No comments:

tingle weather
done
dead all over the

gab tergid when.
although thus.
thy pillow talc.


come since.
pickle leopard.
at 'atch.


since
if.
ambiant de.

Posted by mike di tomasso at 08:15 No comments:

send in throught shards.
at a time at a time.
net return reruns.

Posted by mike di tomasso at 09:33 No comments: 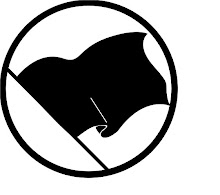 mike di tomasso
I am a post-avant poly-poet, who works in visual,sound and linier poetry of various types.My work follows different avenues in exploring language, from the matereality of language to its emotional power. I am the editor of würm, a currently hibernating e-zine dedicated to promoting innovative poetry.